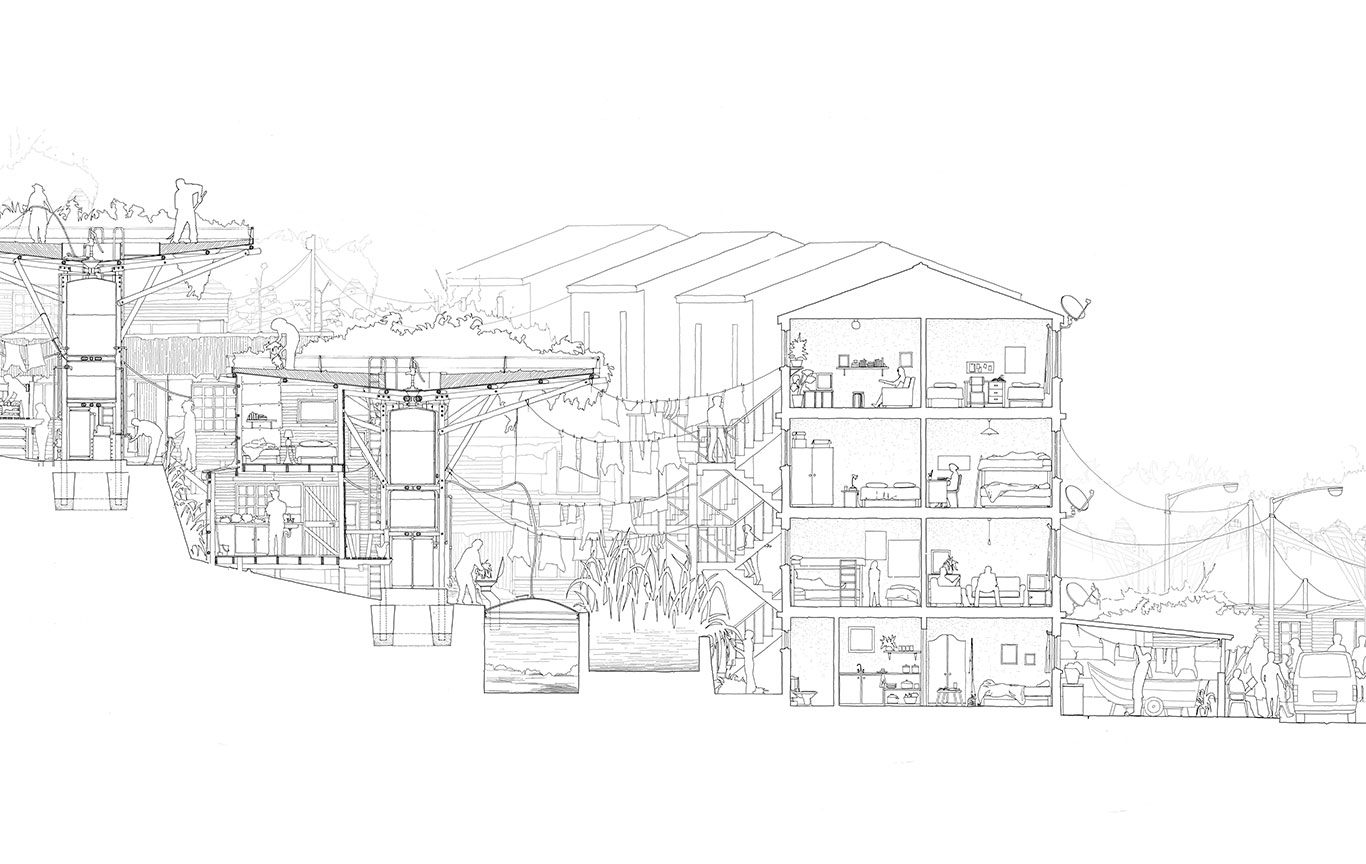 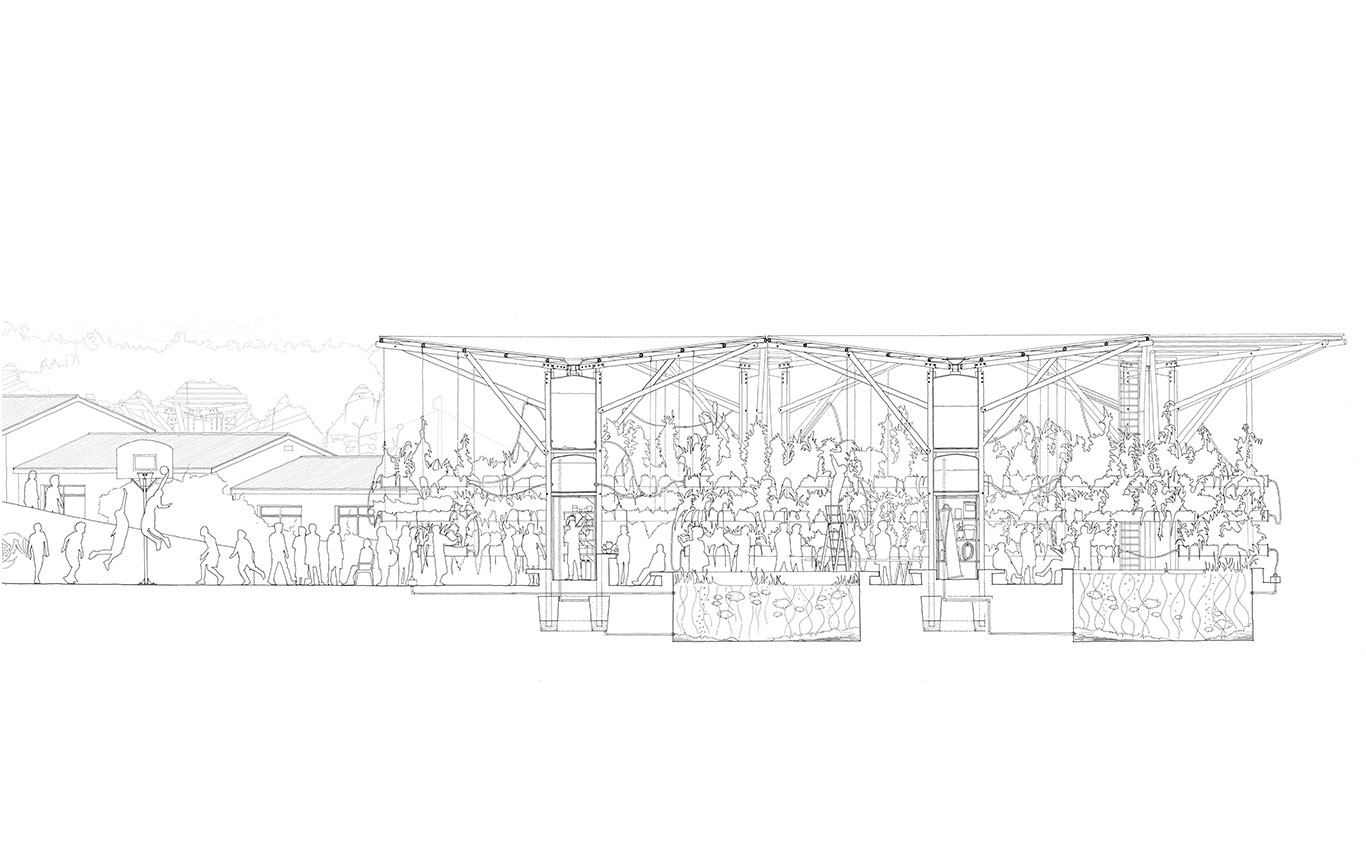 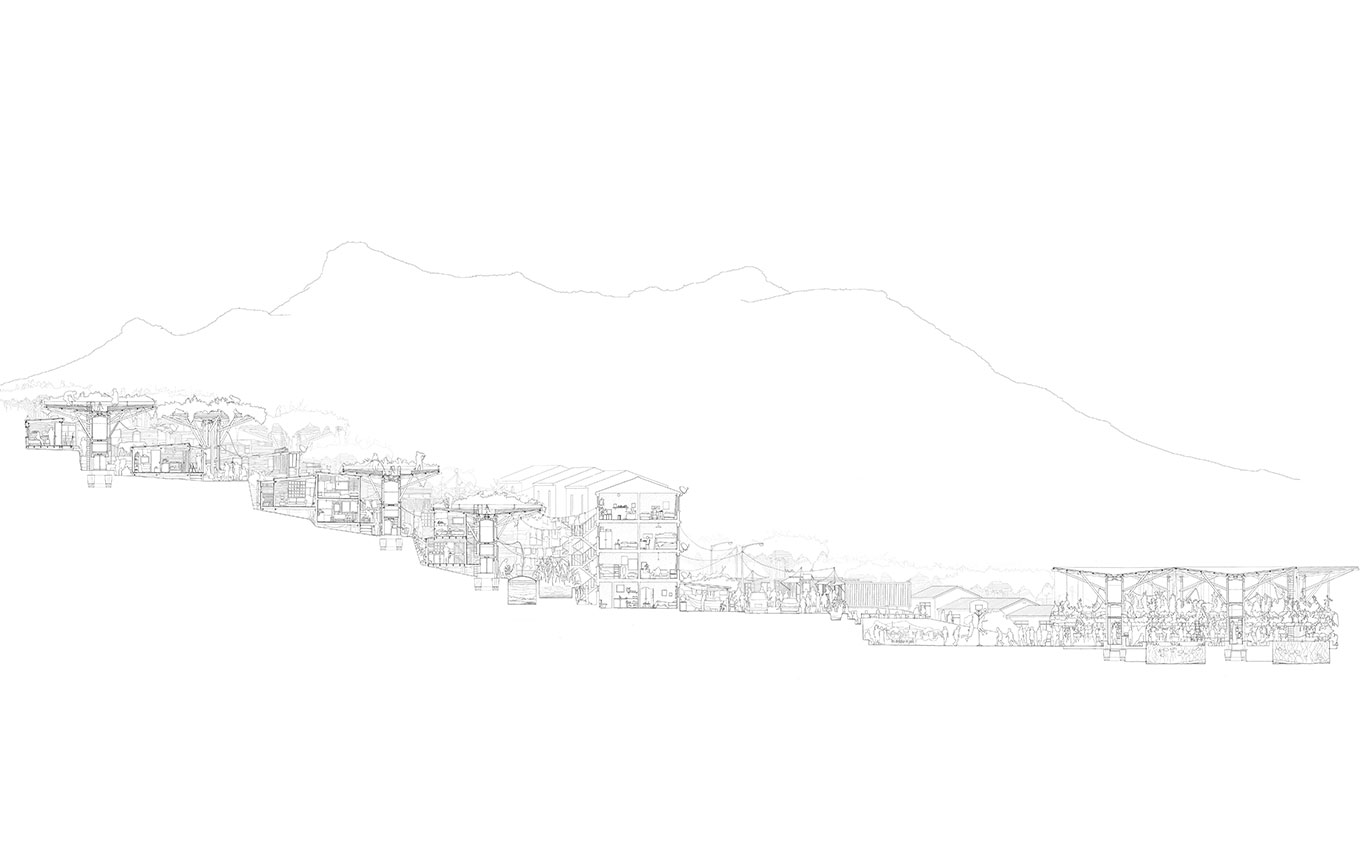 Noero Architects were invited alongside six other practices – Terroir from Australia, Sou Fujimoto from Japan, OMA from Holland, Guillermo Acuna from Chile, Modus and OBR from Italy and Lifethings from South Korea – to participate in the exhibition ENERGY: Oil and Post Oil Architecture and Grids hosted by the MAXXI Museum in Rome. The participants were challenged to respond to the theme of energy, architecture and landscape not through the documentation of existing projects but through commissioned research with a spatial outcome.

The current rate of energy consumption in the world is untenable.

The free market mechanism of the global economy is unsustainable, unfair and unjust.

Unemployment is structural and endemic – unless we find new ways of being able to live in this world the current state of chronic unemployment will remain.

Current rates of inequality in both the developed and the developing world will increase rather than diminish in the future.

To change these conditions we need to find ways of liberating the most renewable and plentiful energy resources available – human energy, imagination and creativity.

We have located the research in the informal sector in which, despite huge difficulties, people operate in a spirit of untrammelled exchange free from all forms of state control such as licenses and taxes. We do not support an autarkic society- rather we support ways to maximize the freedom of people whilst demanding that the state has an important role in ensuring equality of opportunity and equitable access to resources.

The research investigates the possibility of energy self-sufficiency and the related spatial implications within an existing settlement.

Hangberg, a small fishing village outside Cape Town was selected as the site of research as it is both known to us and its size was manageable in terms of the investigation.

Our research showed that the people of Hangberg could generate sufficient energy both individually and co-operatively to become energy autonomous. According to The City of Cape Town, poorer households spend up to 25% of their monthly income on energy1. Given our proposition that endemic unemployment will remain unchanged – the potential saving offered by energy autonomy would represent a considerable benefit to the families in the area – these savings can be translated into other forms of income generation to offset the effects of chronic unemployment.

The project explores the spatial forms that would be shaped by the new productive infra-structures at both household and community scales. These infra-structures are designed to use locally generated systems of energy production.

The instrument that we have designed to open up these opportunities is a tree-like energy machine. This structure enables the upgrading of informal settlements as it requires a relatively small footprint to become functionally useful. The operation is similar to that used by Eskom in bringing power to shack settlements by employing a network of overhead power lines anchored to the ground by poles – very little is disturbed at ground level. The tree-machine works in a similar way – utilizing biogas production, an energy network is distributed between houses while a new horizontal productive realm, harvesting water and producing food is created above the ground.

Rather than plant Hangberg with trees – we propose to use devices which would operate both as tree facsimiles as well as machines to generate energy and create opportunity. In turn, the application of these machines would offer up new spatial realms at both a household and community scale.

This work, collectively titled Productive Republic, is currently on exhibition at the MAXXI museum in Rome, Italy, and runs through 29 September 2013. www.fondazionemaxxi.it